There were three men living together in London. An Afro-American, a West Indian and a Nigerian. They were all starving because they didn’t have money to buy food.

However upon coming close to a posh London restaurant in this classy neighbourhood, they decided to come up with a plan.

The Afro-American went in first. After being seated, he ordered a three course meal with white wine. When he had finished the meal, the waiter came by with the bill. “LISTEN MY MAN, I ALREADY PAID YOU!” – the Afro-American shouted! The waiter was very confused because he could not remember being paid. But because he did not want to cause any trouble, he let the brother leave.

Five minutes later, the West Indian walked into the same restaurant and ordered a five course meal with red wine. When he was finished eating, the waiter came by to collect the money for the food. “HEY, HEY, LOOK AT ME CROSSES. BUT AH PAID YOU ALREADY!” – the West Indian shouted. This time the manager came and had to calm down the West Indian, because he did not want anything to upset the other customers. He let the guy go.

Ten minutes later, the Nigerian walked in. And you know how we are. He sat down. Lit up a cigarette, and ordered the most expensive meal on the menu, plus two bottles of Beer. After he had finished, the waiter came to collect the money for the meal, But before the Nigerian could say anything, the waiter spoke to him.”Sir, I have been having all sorts of problems all day and I can’t understand it. Two other people like you came in earlier and ate, and they say that they paid me but I don’t remember getting any money from them so, ” Before he could finish, the Nigerian interrupted, rather emphatically, “OGA I SORRY FOR YOU OOOO. BUT DAT NA YOUR PROBLEM. I JUST WANT YOU TO GIVE ME MY CHANGE!!” 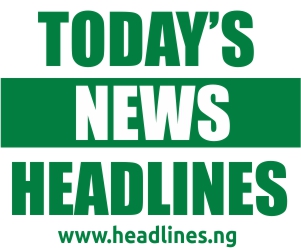 laughter is the best medicine! Share to put a smile on someone's face.

Send this to a friend